New Work – is this concept still viable for the future in view of the numerous challenges we are currently facing? Do New Work methods succeed in adapting companies to a changed world of work and changed economic conditions? A simple “yes” or “no” is unfortunately not enough here. END_OF_DOCUMENT_TOKEN_TO_BE_REPLACED

A shortage of skilled workers and the retirement of the boomers pose new challenges for companies of all sizes. It is becoming increasingly difficult to adequately fill important positions in the company. One solution that has been discussed and practised for about 20 years is talent management.

With regard to demographics, I have mostly touched on two topics: on the one hand, that the younger generations tick differently and therefore have different needs when it comes to shaping their lives. On the other hand, I have always pointed out that the 50+ should not all be lumped together (which, strictly speaking, I probably did with the young…). There are definitely older people who are fully comfortable with new technologies. And if you look at who is producing innovations, it is more often representatives of older generations and not generations Y or Z.

Especially since the older generations are an important consumer group. The first time older people came onto the product development screen was the design of the Mercedes A-Class. In this, the seating surfaces were deliberately set higher to make it easier to get in and out of the car. In the meantime, there are countless products designed for older generations. In view of an ageing society, it can be assumed that numerous innovations and new products will also focus on older people in the future.

But how could existing products and services be designed to serve all generations? END_OF_DOCUMENT_TOKEN_TO_BE_REPLACED

After Generation Y, we have now arrived at Generation Z – and like every generation, this one is also attributed certain characteristics. These result from technological and social developments.

Those who belong to Generation Y – the so-called Millenials ¬- are the first generation of digital natives, just like the next generation “Z”, born after 1995. For the latter, tablet and smartphone are part of life. Here, people inform and present themselves, are active in social media, comment and interact with others – definitely connected with a leap of faith, which, however, can quickly be gambled away. END_OF_DOCUMENT_TOKEN_TO_BE_REPLACED

What do variety or diversity mean for the world of work and our society? Some still understand this to mean gender equality or even sexual orientation. Others think of ethnic and cultural origins. However, if we’re looking for a common denominator in the multifaceted debate on diversity, we will tend to be talking about more fundamental issues, in particular the acceptance of different opinions and behaviours within the framework of certain ethical and moral principles.

Companies are well advised to establish these ethical and moral principles

For example, the way in which the employees in your company interact with each other across the various hierarchy levels. What is allowed, what is unacceptable? A written code of conduct is an important and meaningful basis for all professional interactions. As long as these rules are respected, everyone is free to do what they want. I once had the pleasure of visiting a company that professed to be a Christian community. The employees belonged to different religions, but the cooperation worked perfectly, because the basic rule of mutual tolerance was lived by all.

That brings us to the next step: If a company commits itself to a certain corporate culture, that culture must also be lived. And that means: Even slight exceptions must not be tolerated, otherwise this will be understood as a sign that the rules may be broken.

Another challenge lies in the role model function of executive management. If employees have new and unusual ideas and are able to implement them successfully, it makes sense to give such employees the necessary space. If employees who work well show that to others in a way that upsets other employees, executives are required to act as moderators. And as long as an employee does not violate ethical and moral rules, but only uses a form of communication that antagonises others, it is important to intervene and communicate. People have different personalities that come with different forms of communication. Creating the necessary awareness for this is the most important step in preventing possible conflicts. Unfortunately, this part of diversity is still often hidden. This is where people often prefer to say: the employee and company did not really “fit”. But are people then actually being self-critical enough? Might that actually have been the employee who would have led the company into the digital future?

If you want to know whether you are using the right amount of tolerance, respect and self-protection in your company: Count me in! 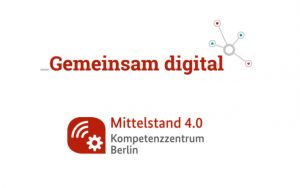 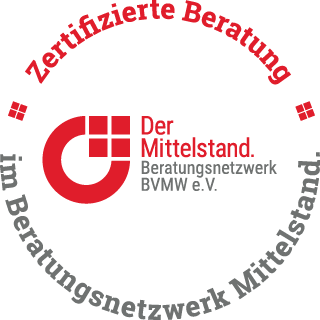 Your market, your business model or your staff are changing?

And you’re looking for an expert to reorganize your organization or parts of it during ongoing operation without incurring losses?